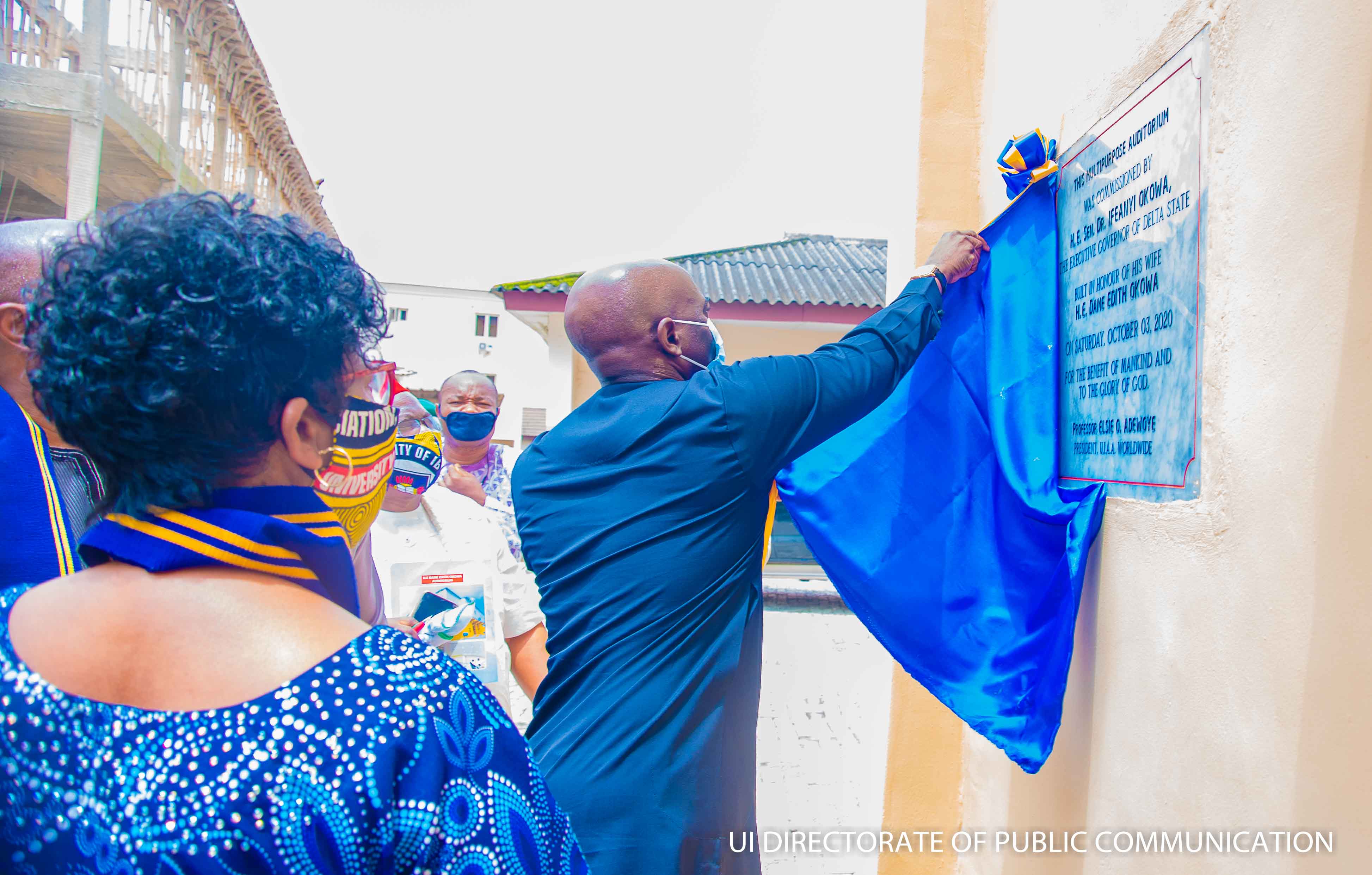 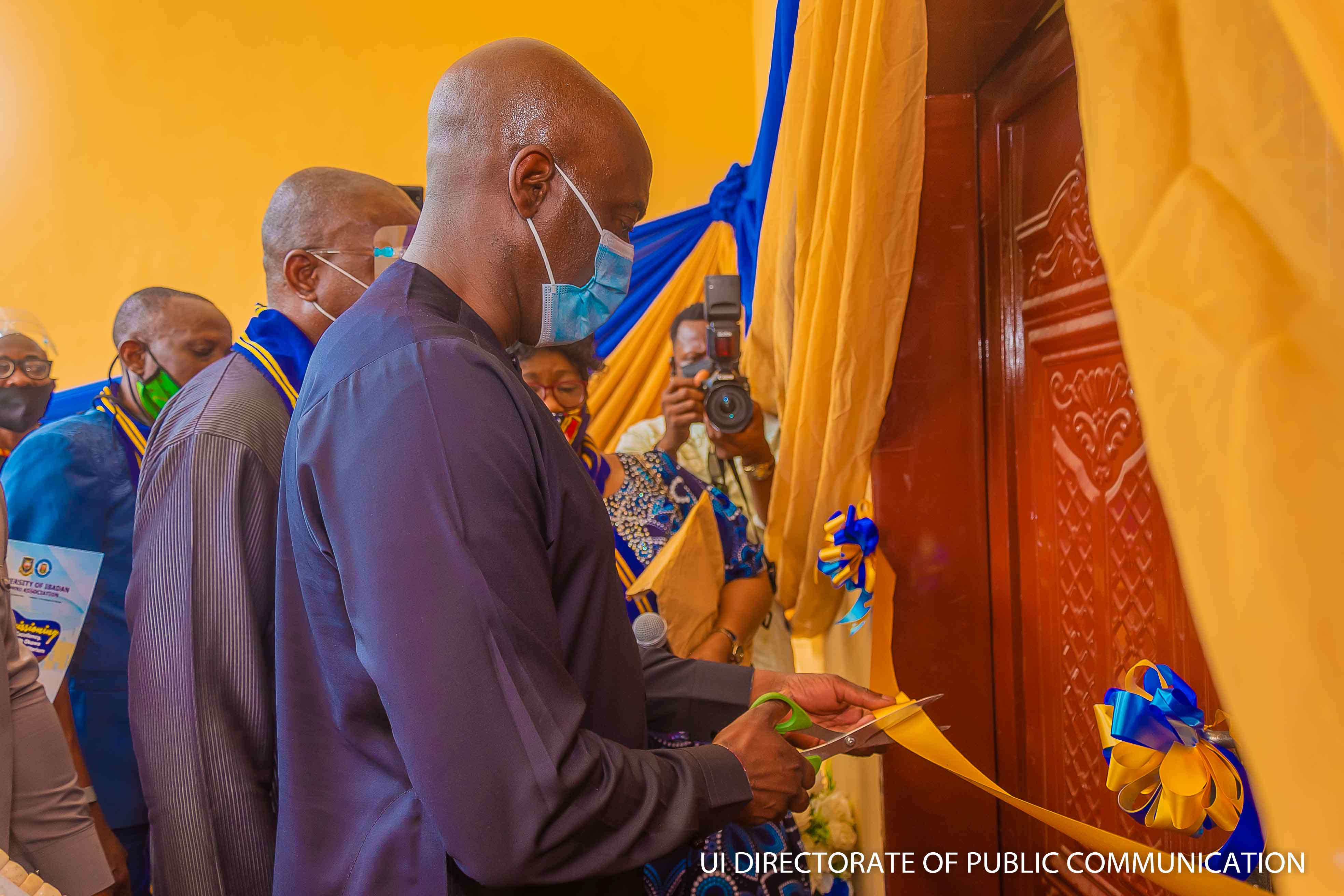 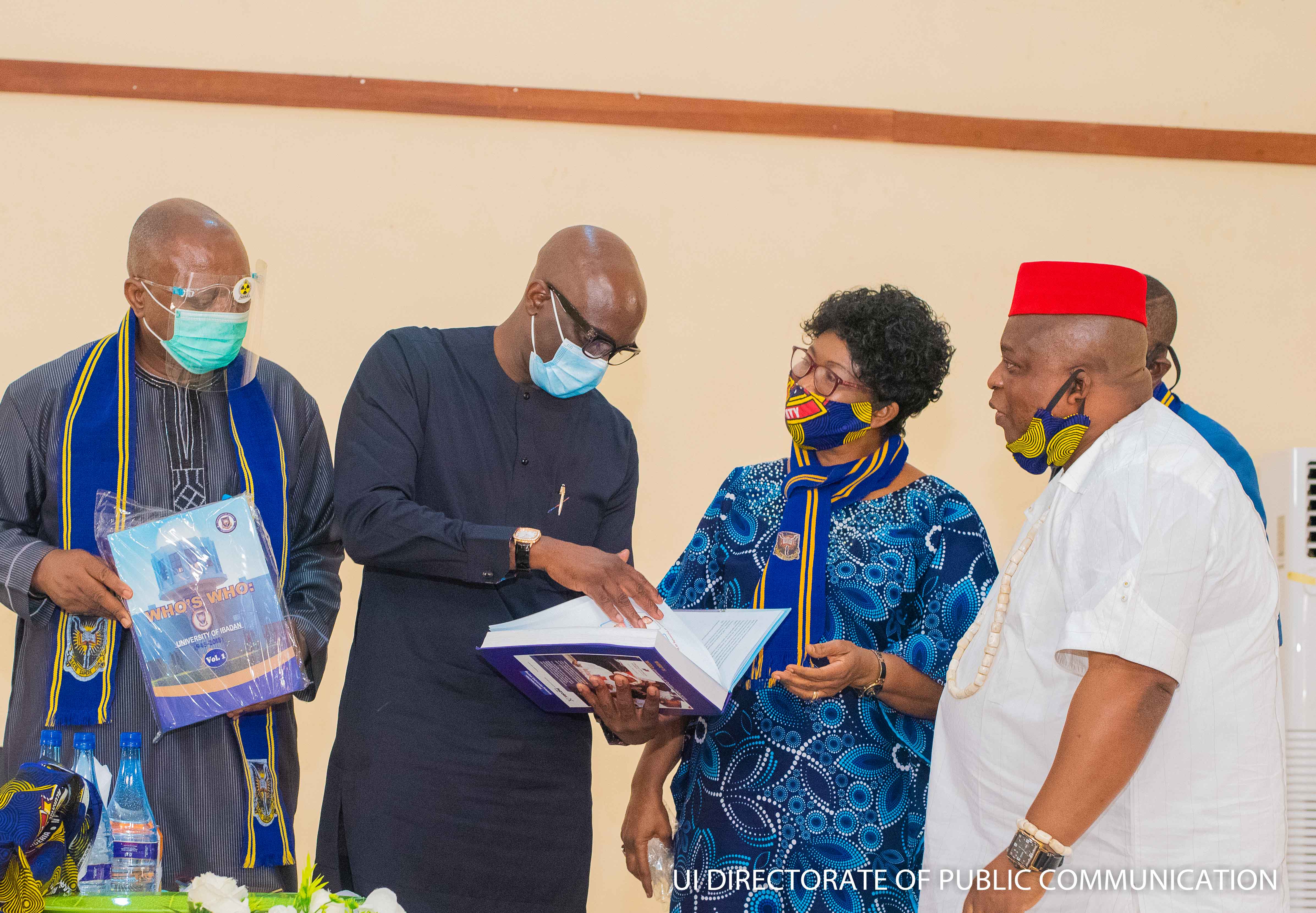 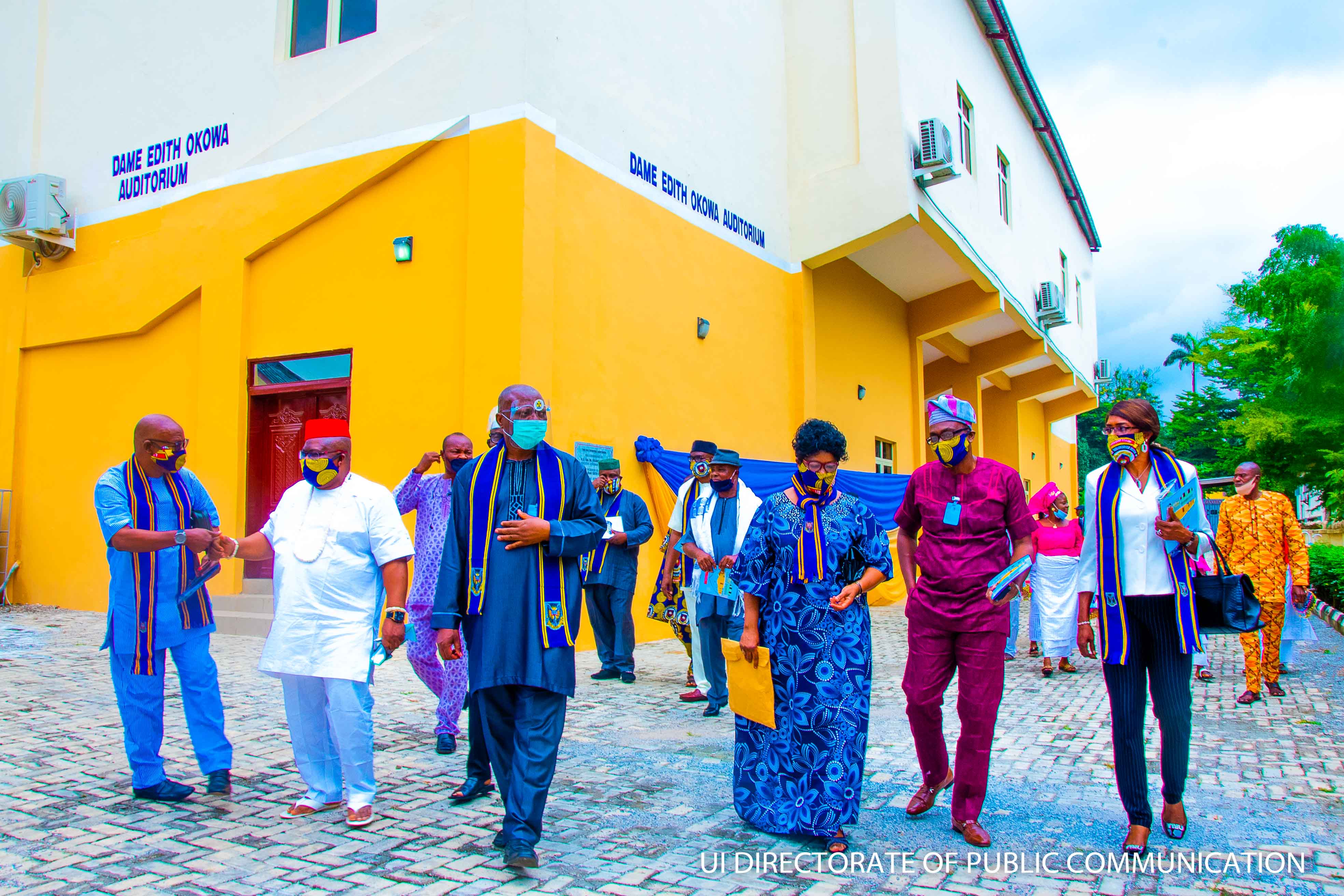 Description:
The University of Ibadan Alumni Association has honoured the wife of the Governor of Delta State, Dame Edith Okowa with a multimillion naira auditorium on Saturday, 03 October, 2020. At the occasion, the Governor of Delta State, Senator Ifeanyi Arthur Okowa ably represented by the Secretary to the Delta State Government, Mr. Chiedu Ebie, whose late father, a Professor of psychiatry, former staff of the University of Ibadan and former Chief Medical Director, University of Benin, was full of gratitude to the Association for “recognising his wife’s modest efforts to change our world through her pet project, the 05 Initiative, a non-governmental organisation with the vision of bringing succour to the poor and vulnerable and giving them hope for a better future.” According to the Governor, “since inception five years ago, the 05 Initiative has successfully operated feeding programme for the hungry, provided shelter for orphans and offered free medicare for the indigents. By far, its biggest project yet was the establishment of 14 sickle cell centres including a Referral Centre in Asaba, within a short period of time.” Senator Okowa stated that this recognition will motivate his wife to do more, stressing that his family cherishes the recognition from the University of Ibadan, the premier University and one of the most prestigious universities in the world. “As people who have been in the public eye for a considerable period, we are frequently bombarded with all manner of awards from sundry organisations. But it feels different and special when the recognition is coming from peers, colleagues, or one’s alma mater. And today’s event is much more than mere recognition; it is an immortalisation of an individual. I thank you for recognizing my wife’s modest efforts to change our world.” “As we formally commission this auditorium, we pledge our continued support to every initiative that will improve the learning climate in this great institution. As the premier university in this country, the University of Ibadan must do everything to maintain its frontrunner status among universities in this country,” In his address, the Vice-Chancellor, University of Ibadan and Chairman of the occasion, Prof. Abel Idowu Olayinka said the University of Ibadan is proud of its alumni who are spread all over the world. “We are proud of our alumni everywhere. The only way you can measure your products is where they are. UI alumni are in government, judiciary, politics, corporate organisations and host of others. Governors of Kano, Borno, Cross River, Delta and his wife, Edo State, irrespective of whatever anybody says in the media, Adesola Adeduntan of the Firstbank, Jubril Aminu, of this world and so on are from UI. “The greatest joy is to see you. I have never met a Uite who is not proud of UI. Continue to use your talent for the glory of UI.” The VC thanked the President of UIAA, Prof. Elsie Adewoye and her executive council for all their efforts towards the progress of the Alumni Association, noting that the Executive Governor of Delta State, Senator Okowa and his wife are distinguished alumni of the institution who have been consistent in their immense contributions towards the growth of the University of Ibadan. He lamented the underfunding of the University by its proprietor, the Federal Government which makes the University to look for extra source of funding. “Even the government which is our proprietor could not fund us very well. We cannot but thank the alumni for giving back to their University.” For Prof. Adewoye, the President of UIAA worldwide, the honoree has over the years proven to be a distinguished and worthy alumna of the institution. “As a staff in the Delta State Public Service, she was exemplary in her conduct and applied herself diligently to her primary assignment as a teacher necessitating her rising to the pinnacle of her career as a Permanent Secretary. She has also been using her 05 initiative to reach out orphans, those in prison custody and some medically challenged persons. No doubt, a worthwhile initiative for which we are proud of.” The Governor later commissioned the multipurpose hall named ‘Dame Edith Okowa Multipurpose Auditorium’, unveiled and launched the compendium of Who’s Who: University of Ibadan (1948-2018) Vol. I with the sum of Five Million Naira (N5,000,000.00). Present at the occasion were the Deputy Vice-Chancellor (Academic), Prof. Adebola Ekanola; Immediate Past President, University of Ibadan Alumni Association, Dr. Kemi Emina; Mr. Olatunji Oladejo, Director of Public Communication and members of the executive council of the association.
Credit:
Directorate of Public Communication