The University of Ibadan has twelve Halls of Residence (ten undergraduate and two postgraduate), with a total optimum capacity of nearly 8,000.

Location: to the North of the University Court.

The first residential hall in the University, named after Kenneth Mellanby, the first Principal of the University College, Ibadan (1947-1953). It was formally opened on 17 November, 1952

Location: to the west of the University Court and to Mellaby Hall. 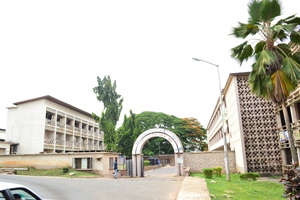 Location: at the Eastern end of Niger Road.

Formally opened in 1954, it is named after the late Rev. Israel Oladotun Ransome Kuti (1891-1955), an educationist and musicologist, who was the first of Nigerian Union of Teachers, and member of historical Elliot Commission on higher Education in West Africa (1943-1945). The majority report of the commission to which he subscribed let to the institutions of higher education in West Africa

Location: to the west of Kuti Hall, along Niger Road

It was formally opened in 1962 by the late Sir Alhaji Ahmadu Bello (1909-1966). The Hall is named after his grandfather, Muhammed Bello (1781-1837), a scholar, poet, administrator, soldier and chief builder of the S Caliphate

Queen Elizabeth Hall, the first female undergraduate is named after Her Majesty Queen Elizabeth II, Queen Great Britain and Northern Ireland, who visited
University of Ibadan in February 1956 and performed the formal opening ceremony of the Hall.

Alexander Brown Hall is a mixed hall for Clinical Students.

It was opened in 1957, and named after the late Professor Alexander Brown, the first Professor of Medicine of the University in 1971 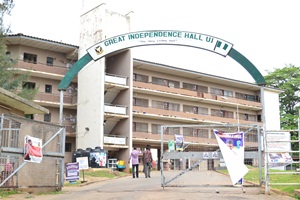 Location: at the end of EL-Kanemi Road.

Independence Hall, so named and formally opened in 1961, in commemoration of Nigeria’s attainment of independence on 1 October, 1960 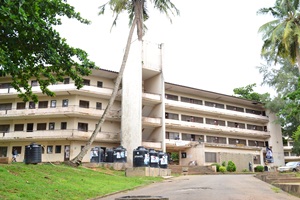 The Hall is named after the first Governor –General of Independent Nigeria, first President of The Federal Republic of Nigeria, Dr. Nnamdi Azikiwe. The first residents of the hall came in 1963/64 session.

Idia Hall is the second female hall. It is named after Idia, a Bini Queen who lived in 15th century. She was the mother of Oba Esigie who reigned in Benin from 1485-1530. A lovable mother and a power queen. she was the first woman in the then Benin kingdom to start the fight for women’s rights. She was a warrior and, though a woman, led the binis to the victorious battle of idah. It was in recognition of this noble act that her son, Oba Esigie, commissioned the making of a mask to immortalize her. This mask of Queen Idia was the symbol for Festac ’77. Idia Hall was built in 1975. And additional wing was completed in the 1992/1993 session. 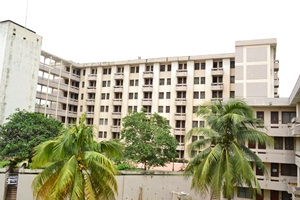 Obafemi Awolowo Hall had once served as the second formal postgraduate hall of the residence of the University, and it served the undergraduates only. Following the disaster the ravage the prefabricated blocks of Queen Elizabeth Hall in 1991, male and female undergraduate students were relocated to the Hall permanently. It was made an autonomous hall of residence in February 1986 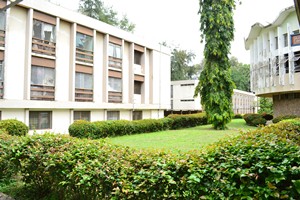 Location: along EI-Kanemi Road and directly behind Sultan Bellow Hall.

Tafawa Balewa Hall is the University's first post-graduate hall of residence. It was opened in 1968 and named after Sir Alhaji Tafawa Balewa, first Prime Minister of Independent Nigeria (1960-1966), and the first Visitor of the University of lbadan as an autonomous institution. 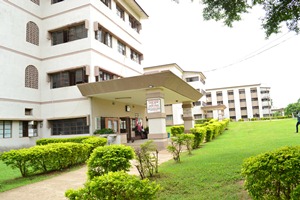 Location: along Barth Road, and opposite Idia Hall

It is easy to recall that this magnificent edifice was kindly donated to the University during her 50th Anniversary celebrations in 1998 while Gen. (Dr) Abdulsalami Abubakar was the visitor to the University. The donation was made by a pronouncement during the Foundation Day Ceremony. The project was executed by Federal Ministry of Works and Housing. It is worthy of note that the project was completed in record time and was commissioned by the immediate past visitor, The Hall was subsequently handed over to the University Management who in her wisdom decided to use the facility as a postgraduate hostel in order to guarantee its non-vandalisation and also to alleviate envisaged impending postgraduate accommodation problems, as the University at that time was maximally stretching postgraduate admissions.