The Department of Biomedical Engineering, Faculty of Technology organized a Design Competition (first-ever in the history of the Faculty) under the auspices of NEST360 project. The grand finale of the 2-day event which began on 7 December came up on 8 December, 2021 at the Faculty of Technology Lecture Theatre. Twenty five final year undergraduate and postgraduate (MSc) students of the Faculty of Technology showcased their innovative research projects on the first day of the programme. Eventually, six finalists emerged, who slugged it out for the 250,000 Naira grand prize at the Grand Finale on 8 December, under the chairmanship of Barrister R. A. Abdu-Raheem, Honourable Commissioner for Education, Science and Technology, Oyo State. The panel of five judges drawn from various backgrounds, was chaired by the Dean of the Faculty of Technology, Professor O. A. Fakolujo. Other judges were Dr. Kehinde Olanipekun of UI Business School, Dr. Ronke Ajayi of the Department of Chemistry, UI, Engr. Williams Baah, the NEST360 Design Studio Coordinator at the University of Lagos and last but not the least, Mr Johnzoe Awodeyi, an entrepreneur and innovation developer.

In her address at the ceremony, the Deputy Vice Chancellor (Academic), Prof. Aderonke Baiyeroju, who stood in for the Vice Chancellor, Professor K. O. Adebowale, FAS, mni, reiterated the unwavering commitment of the present administration of Professor Adebowale, to research and innovation as evident in the support for the construction of the NEST360 Design Studio which is nearing completion. She commended the chief organizers of the design competition namely: Prof. A. O. Coker, NEST360 Principal Investigator, Dr. A. A. Dare, Acting Head of the Department of Biomedical Engineering & NEST 360 Co-PI and Mr Padraic Casserly, the UI Design Studio Coordinator employed by Rice University, Houston, Texas, USA. A goodwill messsage was also given by Professor Akin Alada, who represented Professor Isaac Adewole in whose tenure as UI’s 11th Vice Chancellor, Biomedical Engineering was born in the University of Ibadan.

The DVC (Academic) went on to present the grand prize of N250,000 to the 1st prize winner, Mr Anthony Okwuegbulem who presented on: An infant incubator design for intermittent access to electricity. Messrs Fidelis Achugamonye and David Vigbe with projects entitled: (i) A test recognition system to digitize COVID-19 case investigation forms and( ii) Edible Insects: A panacea for protein deficiency and food insecurity, clinched the second and third prizes of N150,000 and N100,000 respectively.

The Student Participants at the Design Competition 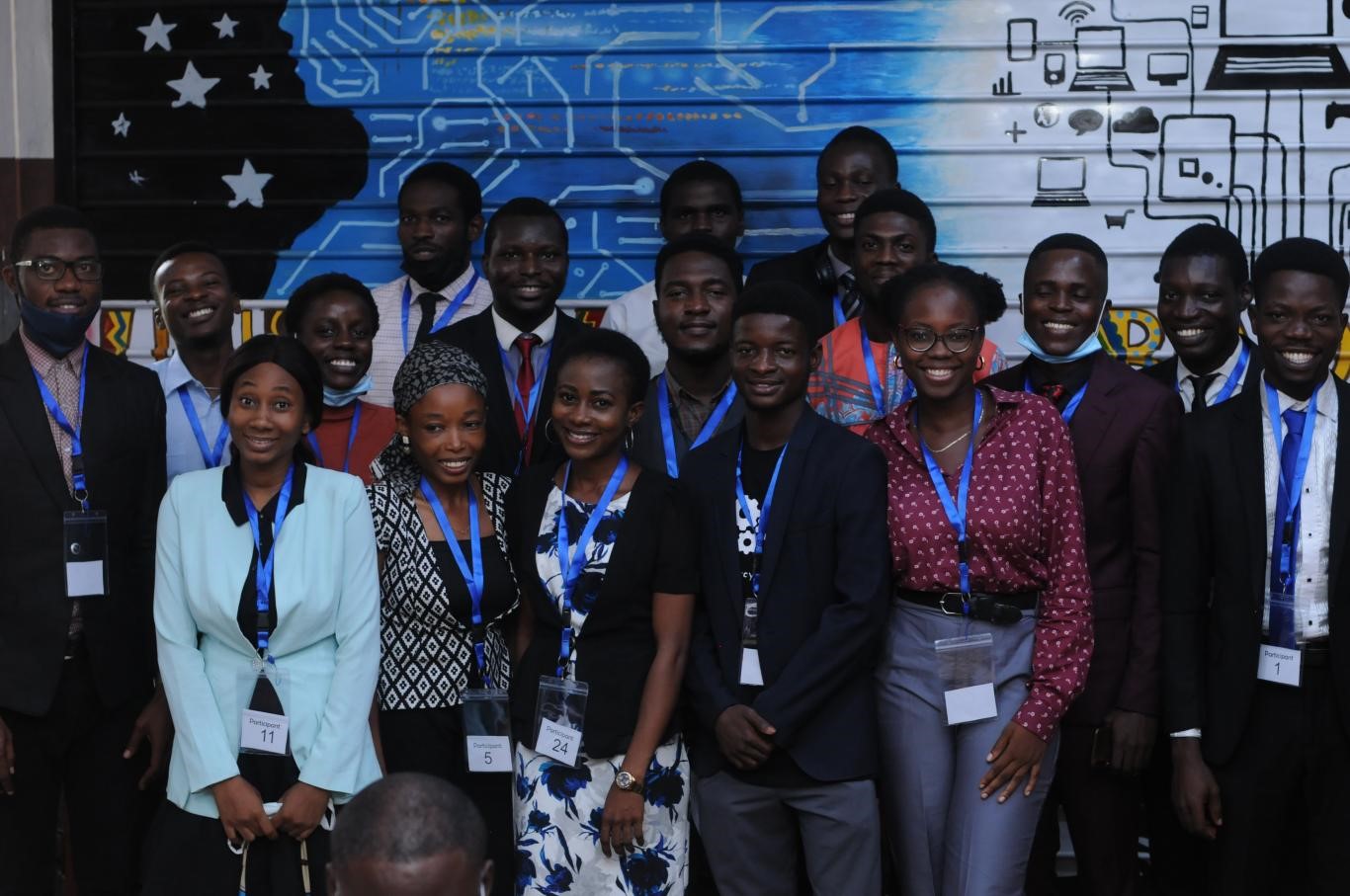 NEST360 Team with the Judges at the Design Competition 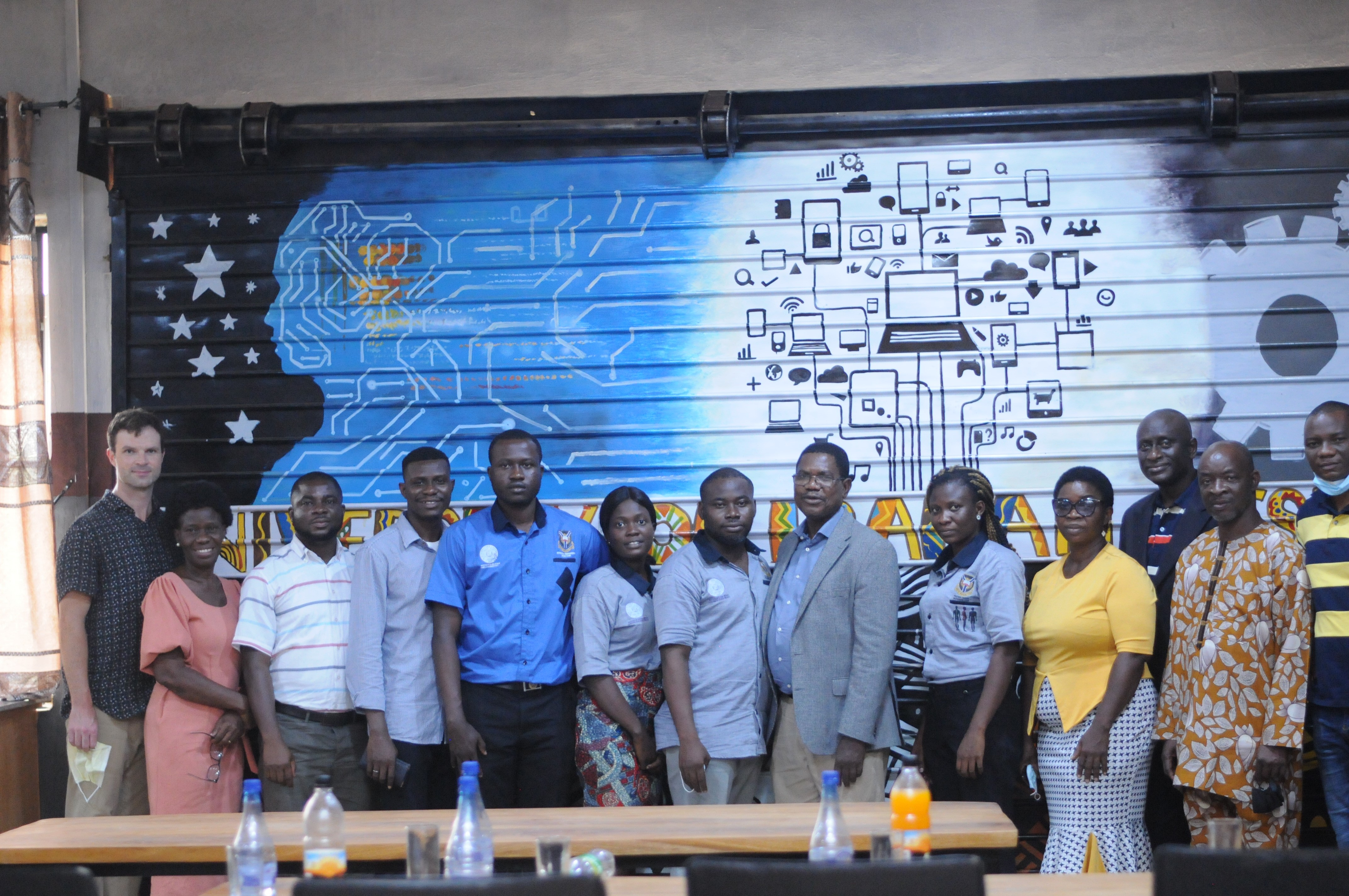