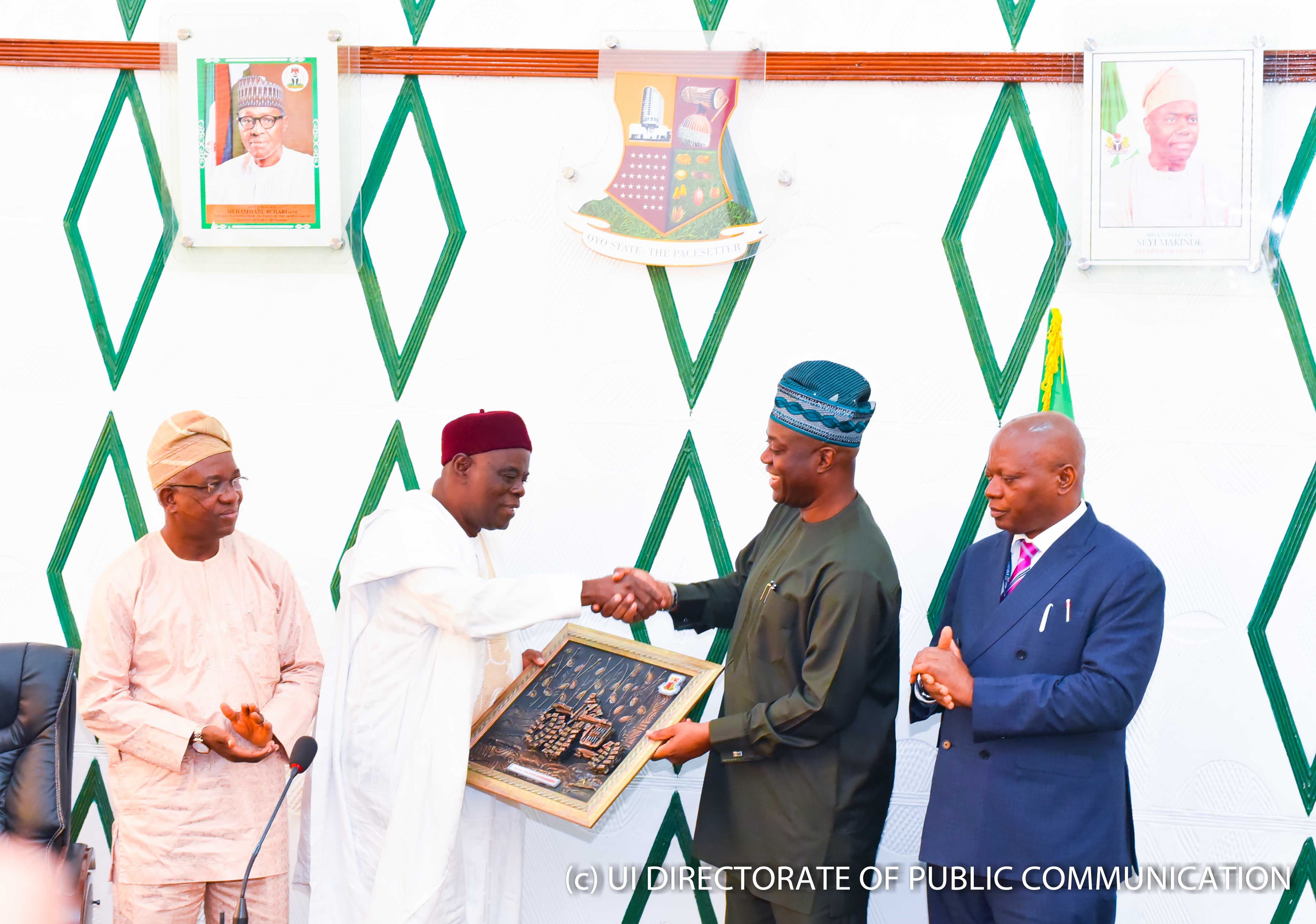 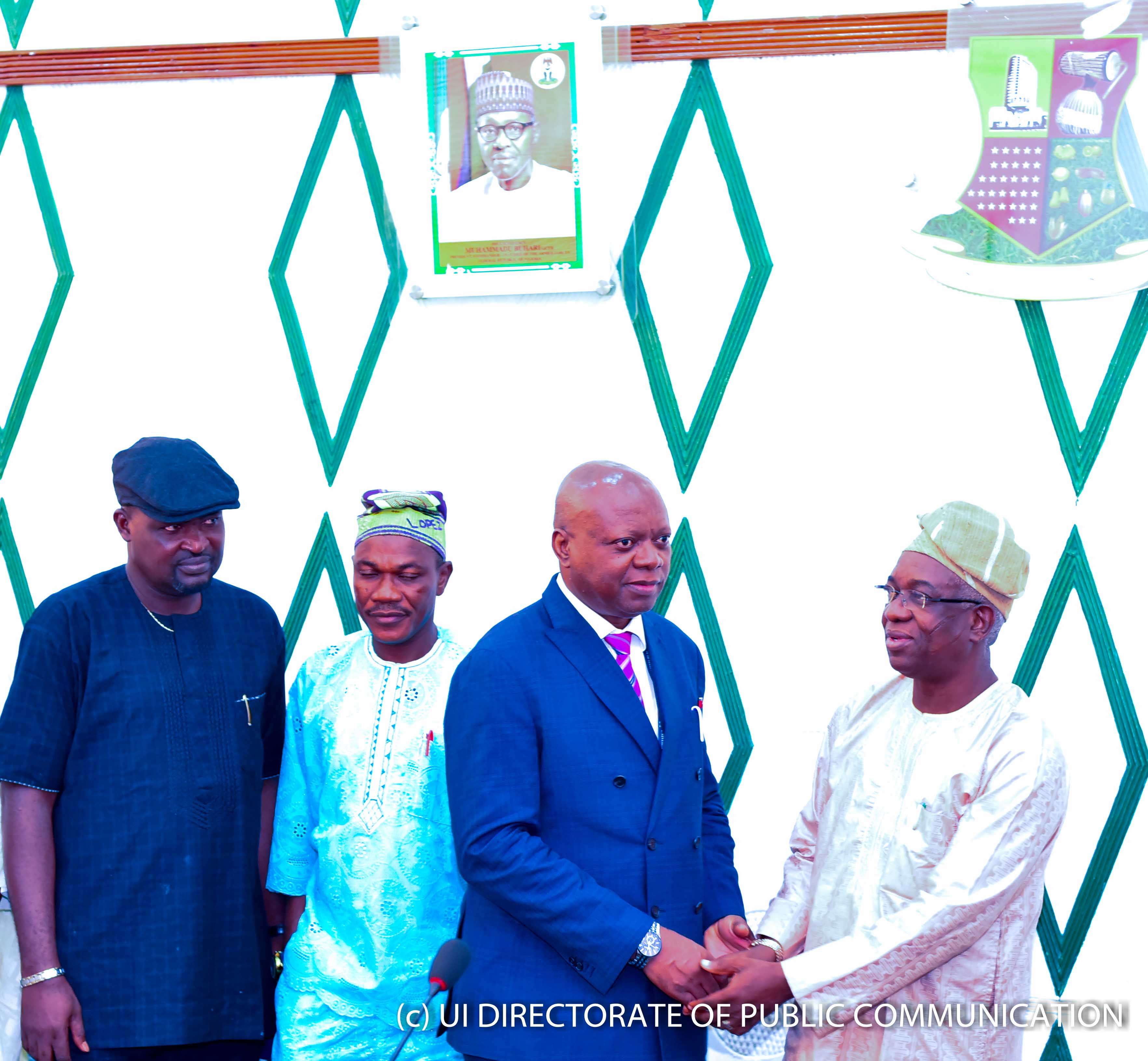 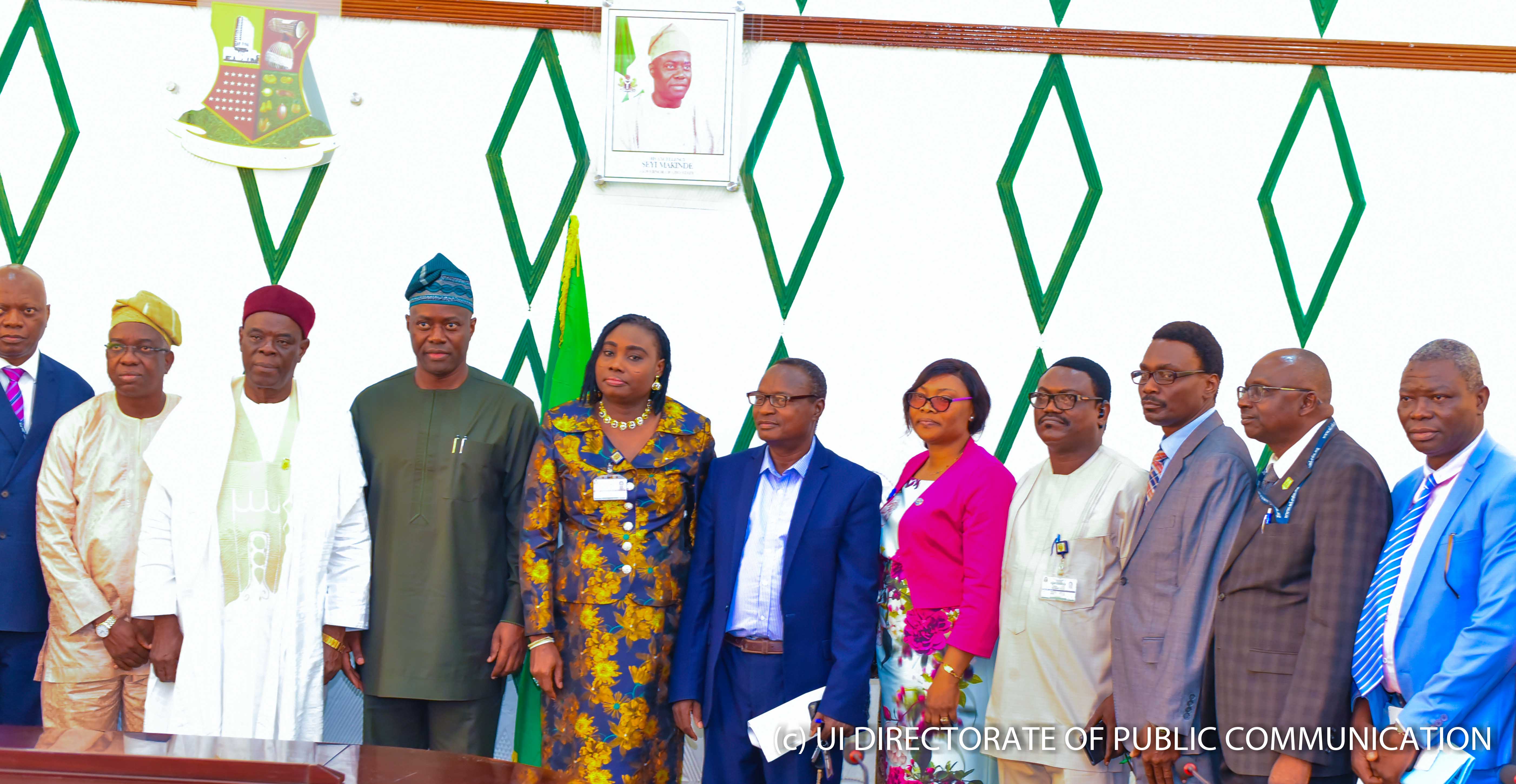 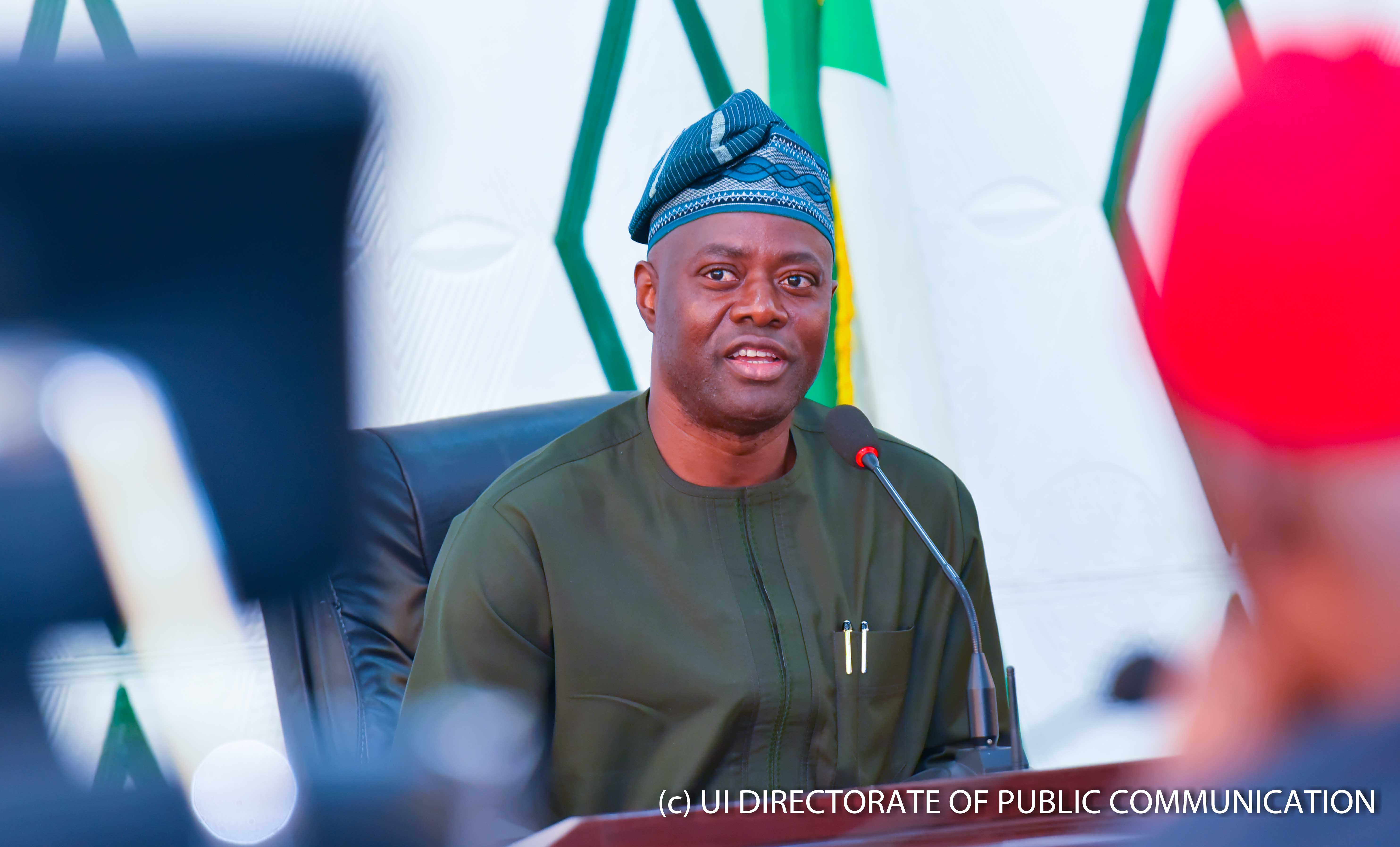 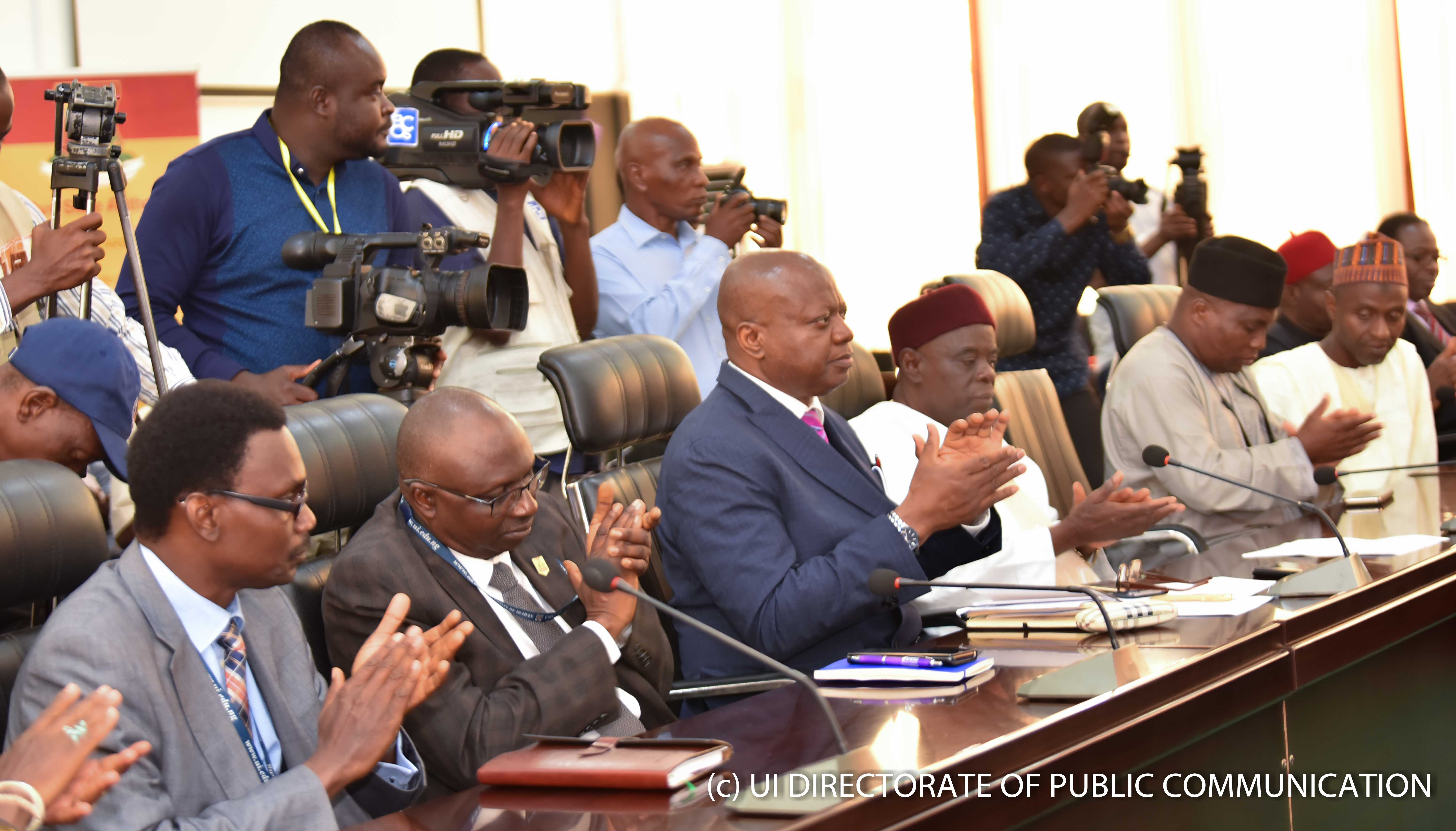 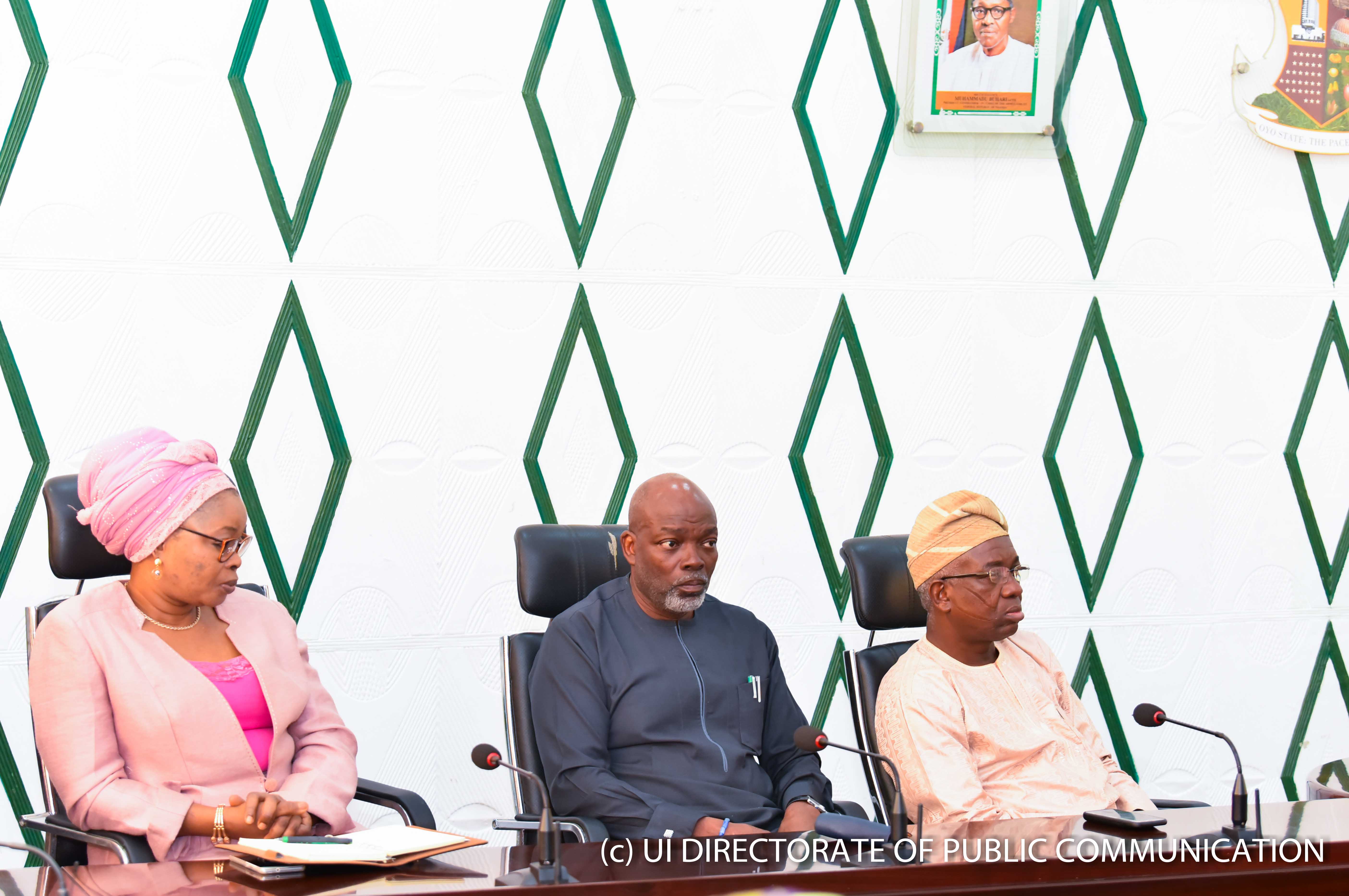 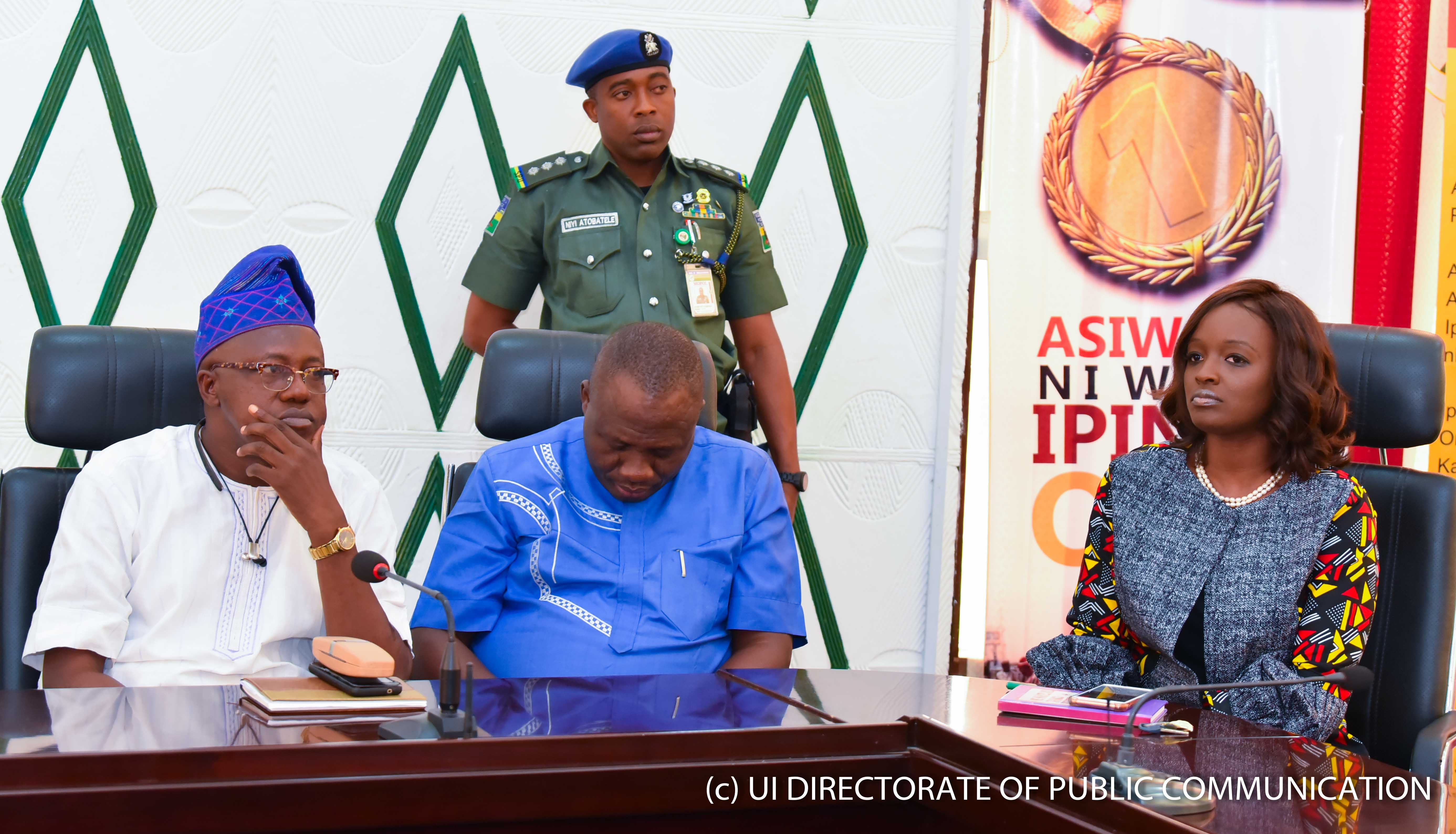 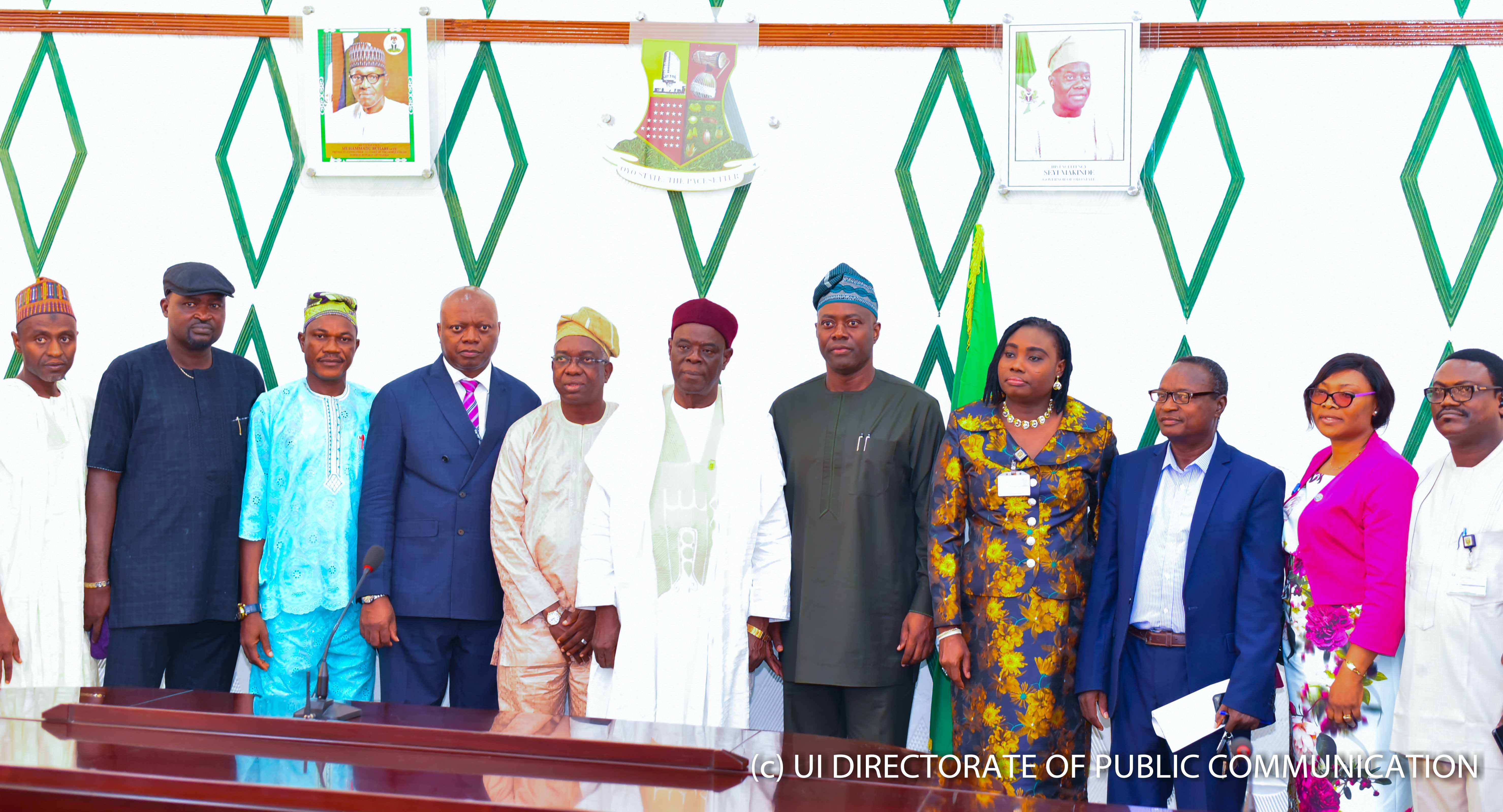 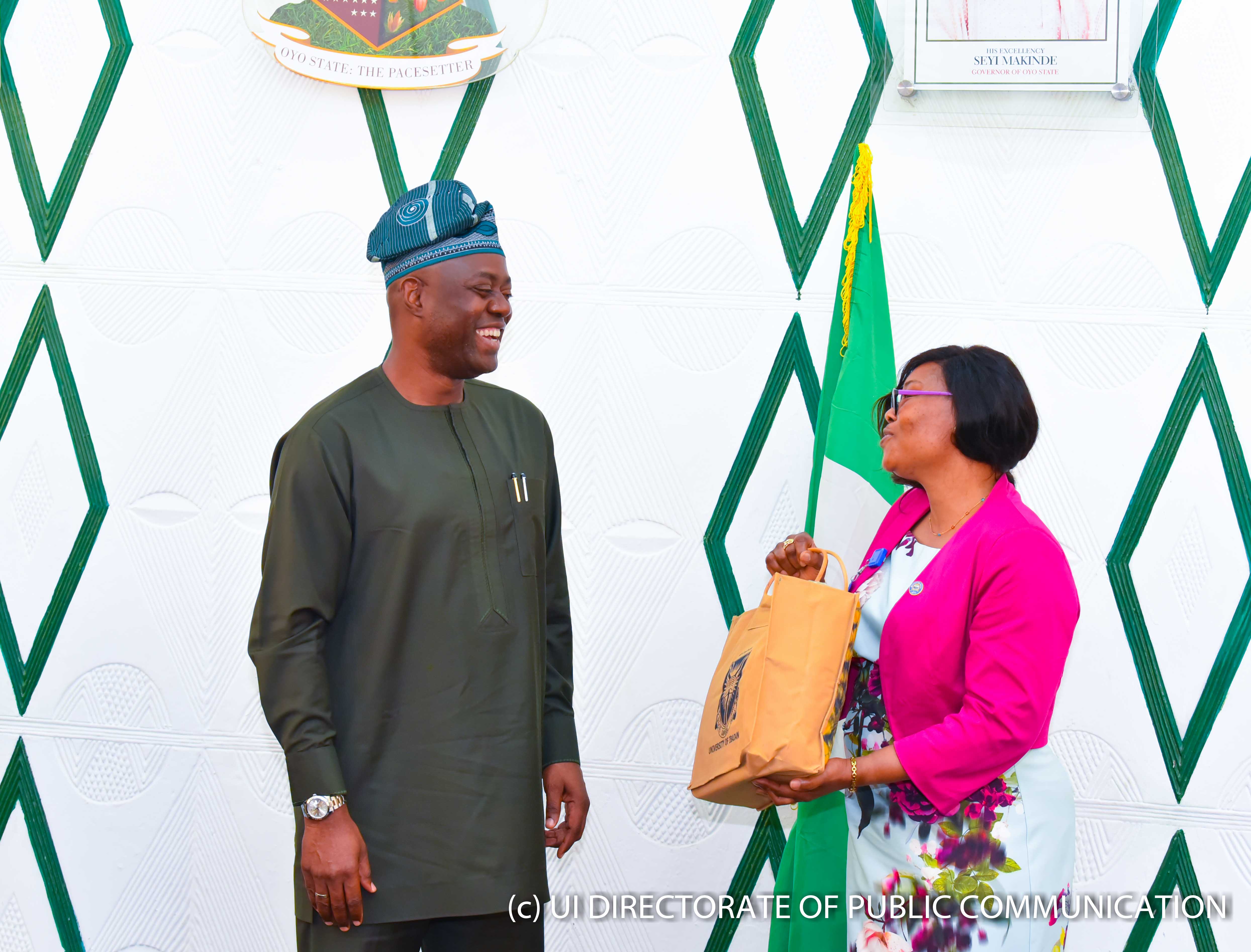 Description:
The Executive Governor of Oyo State, Engr. Seyi Makinde has expressed the firm commitment of his administration to engage the University of Ibadan in active collaboration on research findings from the premier University on the basis of Public Private Partnership (PPP). According to him, this will hopefully dovetail into a serious synergy between the academia and the government so that research output will not remain on the shelve but will be made available to institutions that need such for implementation and for positively impacting the society He said Oyo State is keen and ready for such partnership. Governor Makinde made this assertion in his office when he received the members of the Governing Council and Management of the University of Ibadan who were in his office to congratulate him and pledge the support and loyalty of the University of Ibadan to the new administration in Oyo state on Tuesday, 02 July 2019. The team was led by the Pro-Chancellor and Chairman of Council, Nde Waklek Joshua Mutka. The Governor disclosed that the government is seriously considering a turnaround of the Agbowo Shopping Complex that has remained moribund and a security threat to its environ most especially, the University of Ibadan community. He promised the University that a pronouncement on the way forward for the complex will be made before the expiration of the first 100 days in office of the present administration. Earlier in his speech, the Pro-Chancellor expressed the firm belief of the University in the ability of the Governor to bring his wealth of experience as an accomplished businessman to bear in handling the enormous and herculean task of leading the state to glory. He told the Governor that the University is working out details on its determination to partner with the state in the area of research. Nde Waklek expressed the strong belief of the council that the University of Ibadan will continue to enjoy the full support of the government and hoped that the government will continue to provide and sustain an enabling environment with the peaceful coexistence of all and sundry. The Council Chairman used the opportunity of the visit to appreciate the governor for his keen interest in the University of Ibadan. He acknowledged the magnanimity of Governor Seyi Makinde and thanked him especially for his prompt response to the plight of the University of Ibadan with the donation of the sum of twenty-five million (N25,000,000.00) on the 9th of March, 2019 towards the rehabilitation of infrastructure that was damaged by rainstorm earlier in the year. Nde Waklek solicited the continued support of the government of Oyo State in the provision of infrastructure and support in the other areas of assistance. Others in the UI team were the Vice-Chancellor, Prof. Idowu Olayinka, Deputy Vice-Chancellor (Administration), Prof Kayode Adebowale, Deputy Vice-Chancellor (Academic), Prof Adebola Ekanola; Deputy Vice-Chancellor (Research, Innovation and Strategic Partnerships), Prof Olanike Adeyemo; Government Appointees: Prof Samaila Mande Dr Jaju Muhammad, Hon Oluwasegun Owoade and Sir Ben Okoronkwo. Others were Professor Ezekiel Ayoola, Professor Akinola Alada, Professor Oluyemisi Bamgbose, SAN, Professor Ademola Aremu, Dr Ikeoluwapo Moody, Mrs. Olubunmi Faluyi, Bursar, Dr. Michael Alatise, Provost, College of Medicine, Professor Olapade-Olaopa ably represented by the Deputy Provost, Professor Obafunke Denloye; Provost, The Postgraduate College, Professor Jonathan Babalola, Deputy Registrar (Council), Mr. Bukola Oyejide and the Director, Public Communication, Mr. Olatunji Oladejo.
Credit:
Directorate of Public Communication