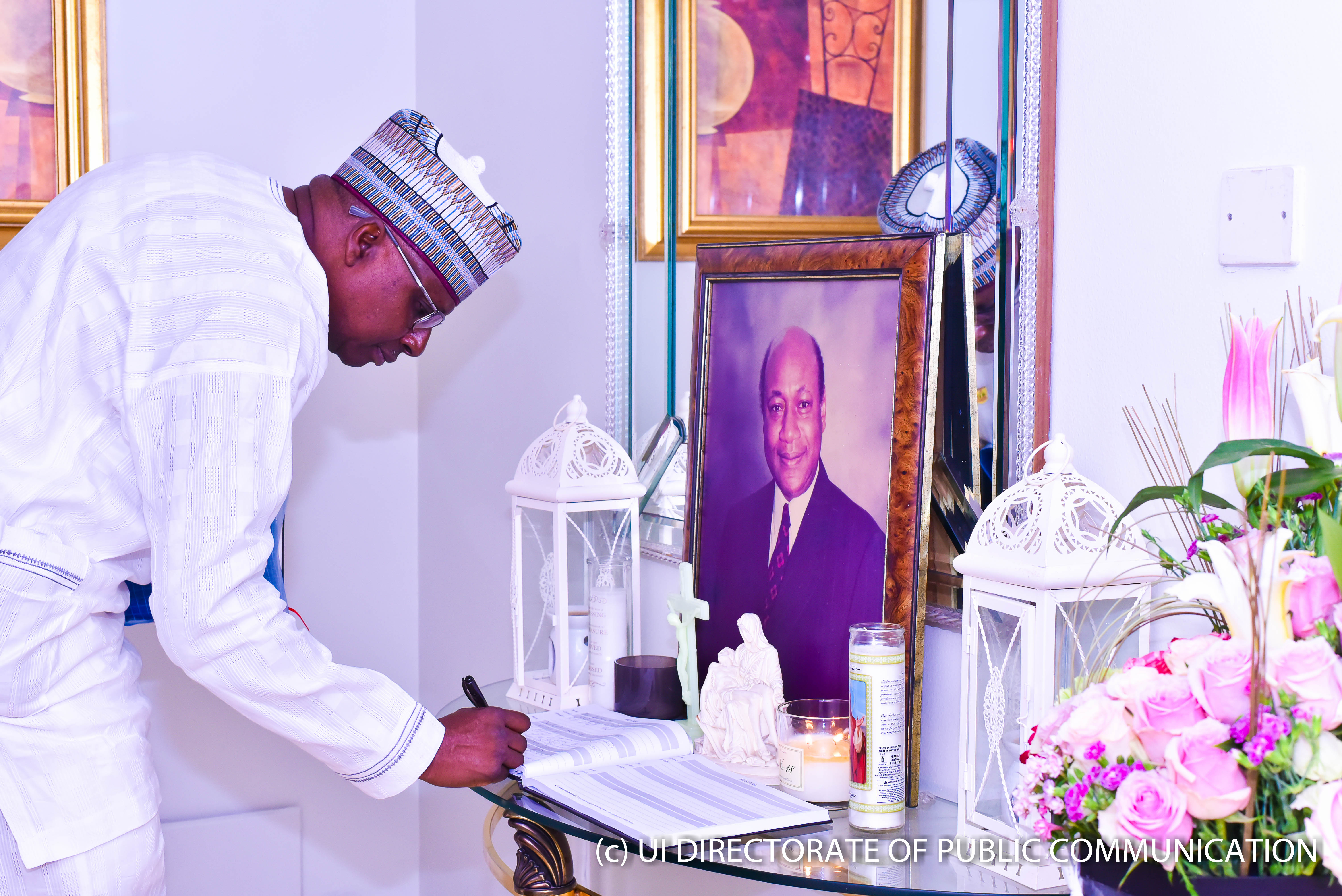 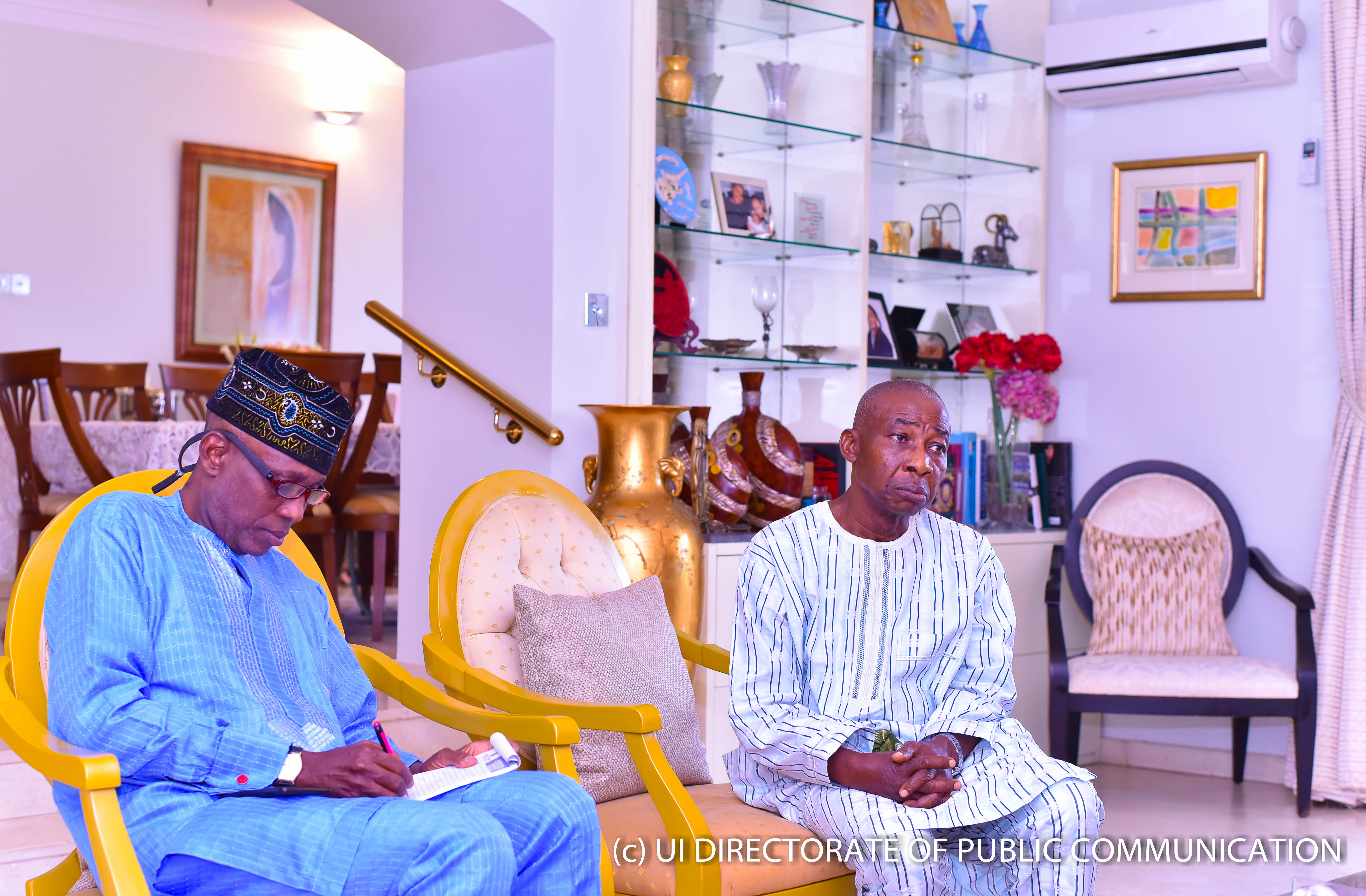 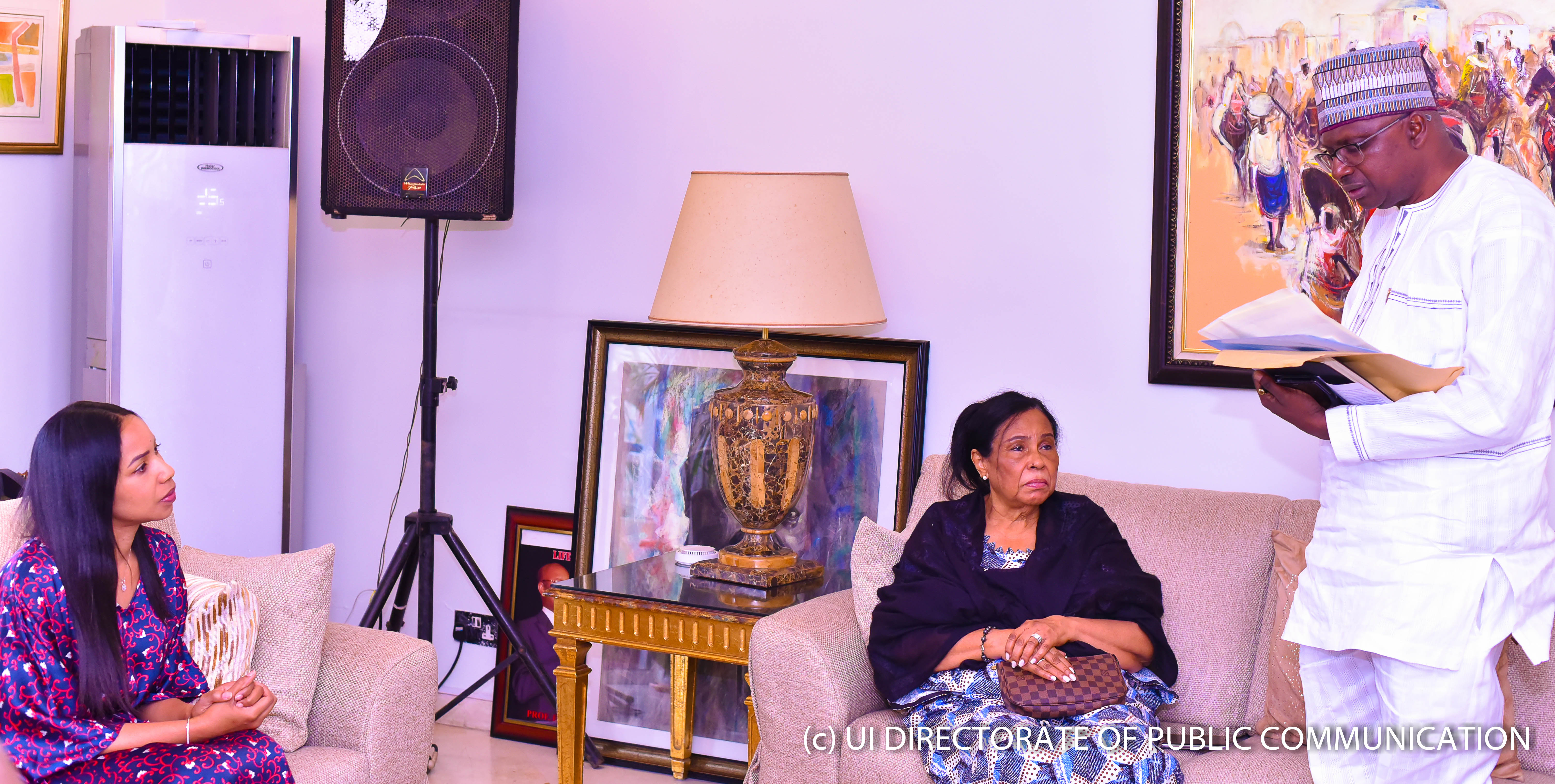 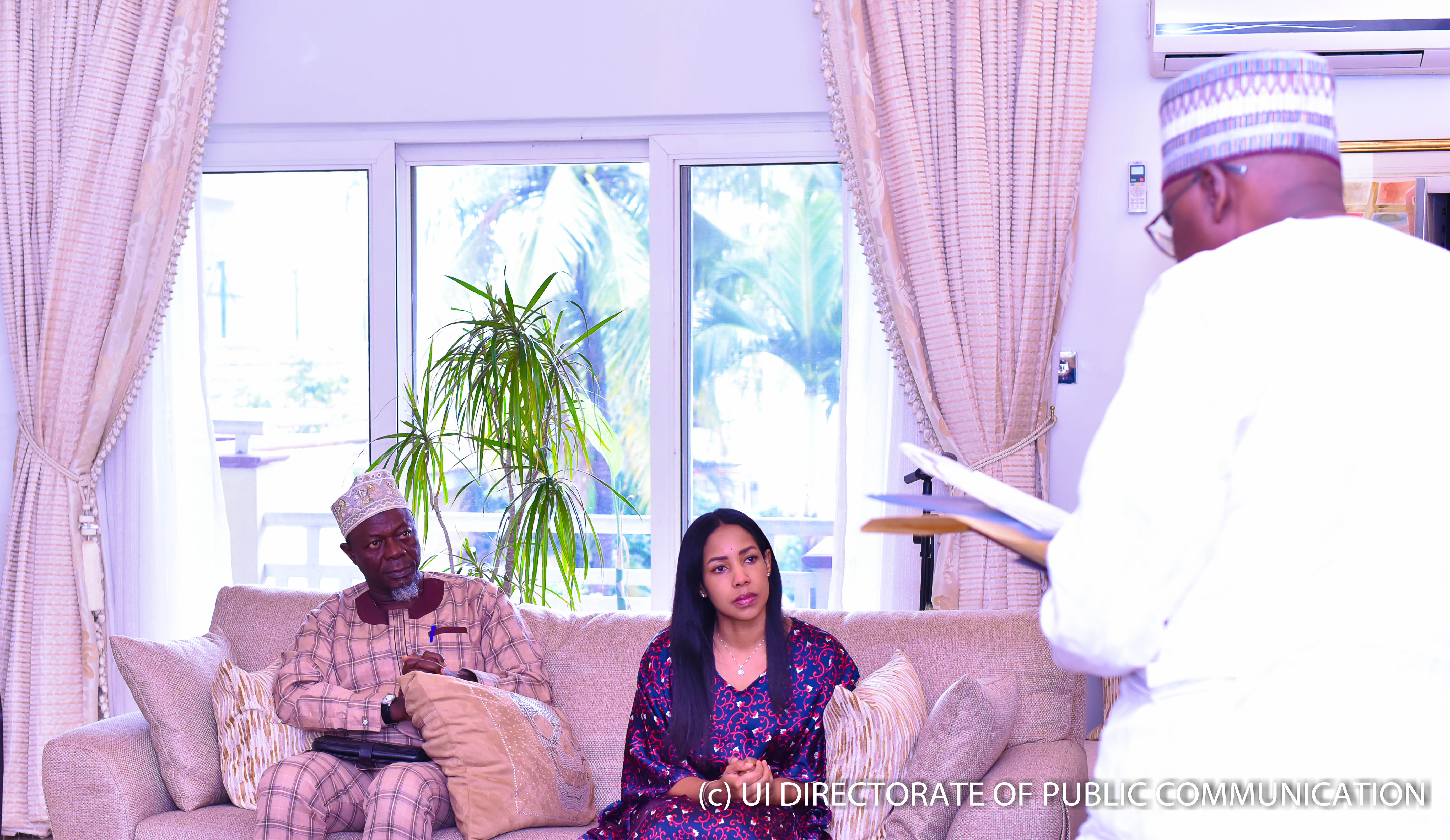 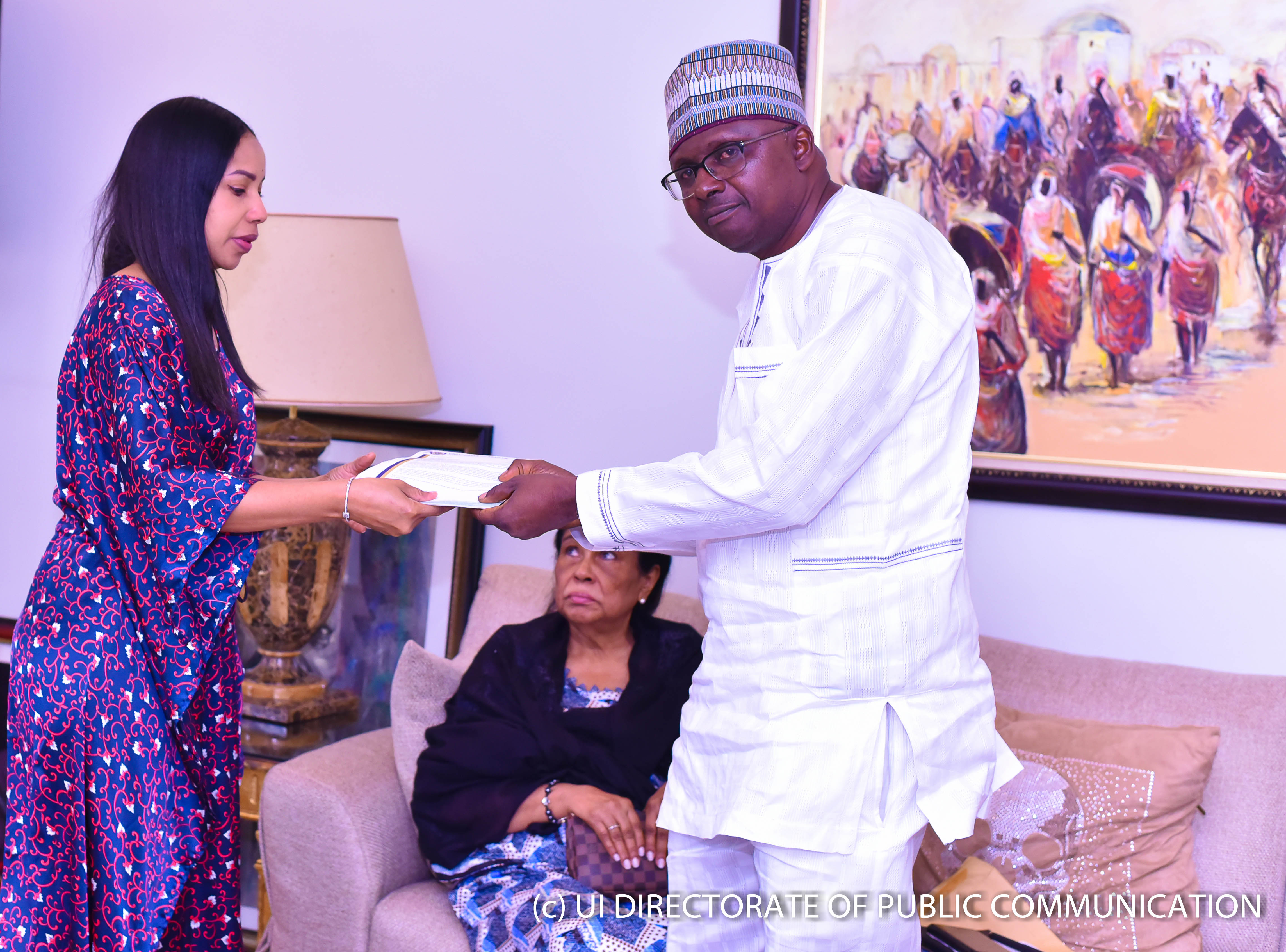 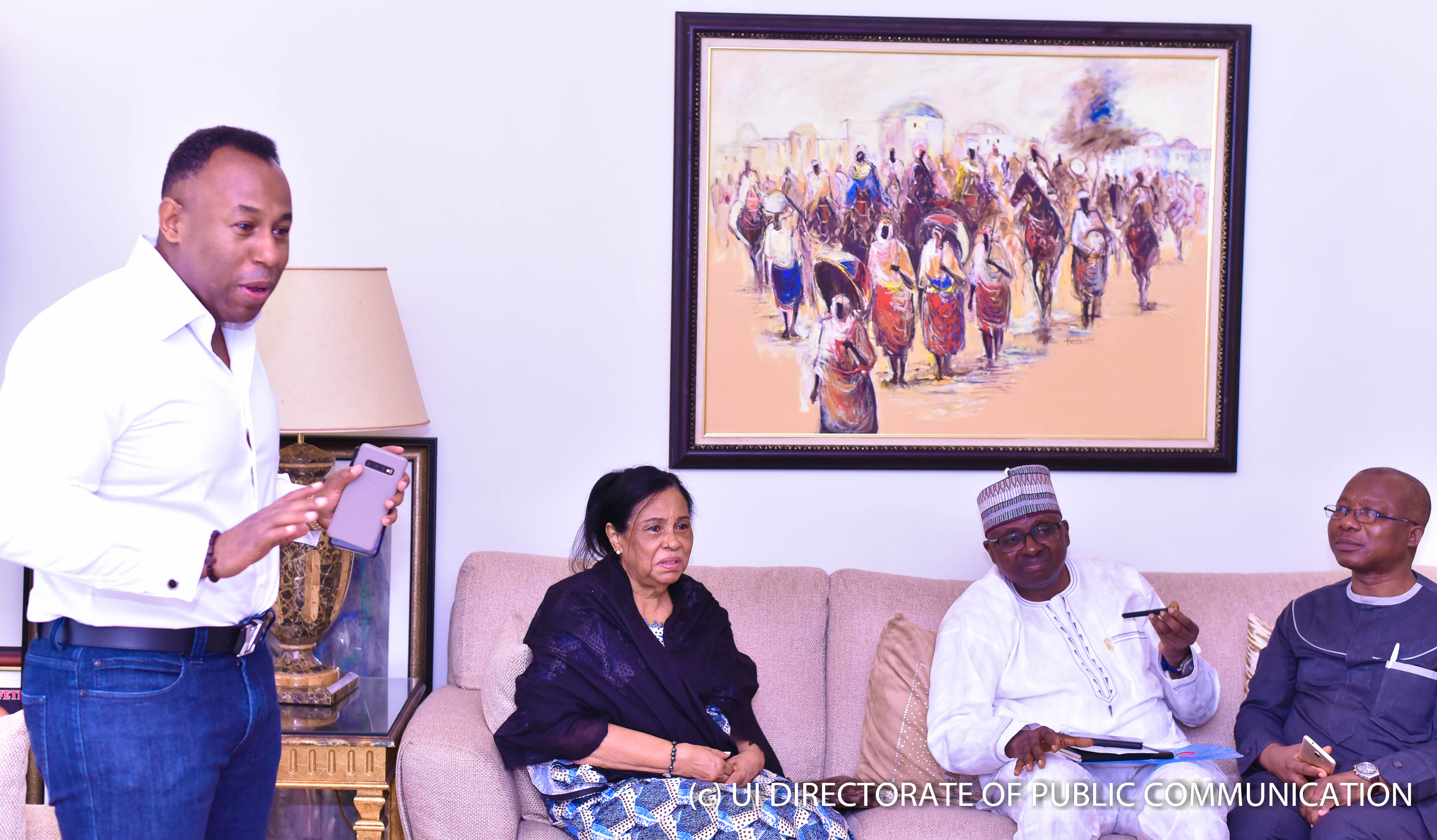 Description:
The Vice-Chancellor, University of Ibadan, Professor Abel Idowu Olayinka has described the death of a world-class economist, late Professor Emmanuel Edozien as a big loss to the academic family all over the world. According to the VC, aside being an academic, late Professor Edozien's contribution to humanity and nation-building was outstanding. Professor Olayinka who was represented by the Deputy Vice-Chancellor (Administration), Professor Kayode Adebowale, made these remarks at a condolence visit to the family of the deceased in Lagos, today. Aged 82, the VC said the University will continue to celebrate all the amazing achievements of late Professor Edozien. ”In every way, he was a wonderful alumnus and former staff of the University of Ibadan. His last visit to our University was on Wednesday, 20 June, this year”, the VC said. Responding on behalf of the family, Mr Edward Edozien and Mrs Vivian Edozien-Ntim quoted their father as saying “the best part of my life was the life I lived in UI.” The widow of the deceased, Mrs Betty Edozien thanked the team from the institution for the visit. Late Professor Edozien who died at 82 on Saturday, 5 October 2019 served as the Dean, Faculty of the Social Sciences, University of Ibadan and also served as Economic Adviser to former President Shehu Shagari. A man of many strong appointments and preferments, he consulted for the World Bank, the Rockefeller Foundation, Ford Foundation, Federal and State Governments, multinational companies. Late Professor Edozien also served as the Non-Executive Chairman of PZ Cussons Nigeria Plc since 2006 until October 31, 2014, and served as the Vice-Chairman and Director of AMNI International Petroleum Development Company Limited, among others. Present at the visit were Professor Wale Ogunkola, former Dean of the Faculty of the Social Sciences and, at present, a member of the Governing Council of the University; Professor Abiodun Bankole; Dean, Ibadan School of Economics; Professor Fidelis Ogwumike of the Department of Economics; Mr. Oluwole Dada, Deputy Registrar (Vice-Chancellor’s Office and Mr. Olatunji Oladejo, Director of Public Communication. By Olatunji Oladejo and Adeniyi Adebayo Directorate of Public Communication
Credit:
Directorate of Public Communication